The World Games on TV

Another positive element of the event was the television coverage. The organising committee decided to employ a television production company to produce the daily summary (25 minutes). The television programmes were sold to ESPN-America and five European countries. ESPN distributed the summaries to 60 countries outside Europe. Netherlands television broadcast the summaries in their daily sports programmes. So the participants felt that the international world had now got some idea of The World Games through the television coverage of the competitions, which again proved to be at really top-class level.

1,604 athletes participated in 21 sports, with a total of 25 disciplines. Vaulting (a discipline of equestrian sports) as well as Aikido, Tug of War (indoor) and Barefoot Waterski were part of the invitation sports programme. The two last, both demonstration sports, were included in the competition programmes of later editions of The World Games. The city had invited Vaulting, a discipline of the Olympic Equestrian sport, as the third demonstration sport. One sport that had its first and last participation on The World Games programme was Sombo, as after 1993 the International Federation broke up.

The participants came from 67 nations, compared to 35 nations in the 1989 Games in Karlsruhe. A total of 70,000 spectators watched the 160 medal events. The most successful athlete was the Italian Michael Saporiti, who won three gold medals in Life Saving.

The official Opening was done by Kevin Gosper, Vice President of the International Olympic Committee, at the Houtrusthallen, a venue built in 1937 as an exhibition complex. Most of the venues for TWG 1993 were situated within the boundaries of the city, with its 500,000 residents, and its suburbs.

The only venue situated far out of the city of The Hague was that for Waterski. The venue for this sport was the Bosbaan, the rowing course in Amsterdam, a distance of 55 km from The Hague. The venue for Volleyball, one of the first sports to introduce a beach version of their sport, was very authentic, with the location on the famous Scheveningen Beach and in front of the historic and monumental Kurhaus on the boulevard.

For the first time, the organizers held a so-called Athletes Party. As participants did not stay for the whole period of the Games, some missed the opening or closing event. Therefore, this cultural event was planned to be held in the middle of the Games week. Since then, the Athletes’ Party has been part of the programme of each edition of The World Games.

After the excellent Games in Karlsruhe, the City of the Hague was the second host city where the city was responsible for finding the staff and volunteers to organise the event. The West Nally Group still owned the commercial rights. Unlike Karlsruhe, the local Organizing Committee was unable to come to an agreement with the West Nally Group. This caused some friction in running the event, and there was only a small amount of advertisement for The Word Games. After this event, the IWGA took over the rights for the event. 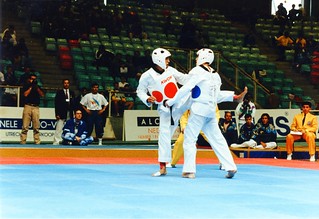 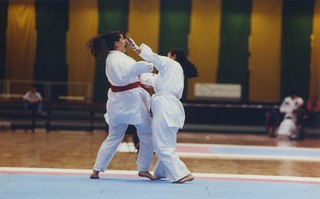 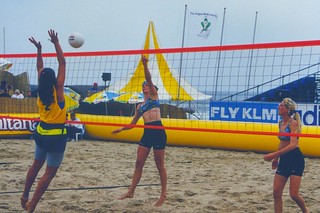 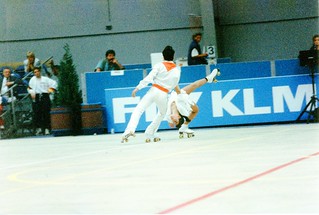 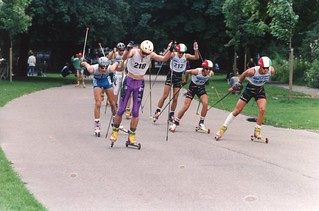 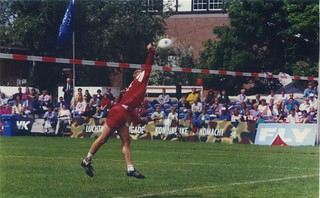 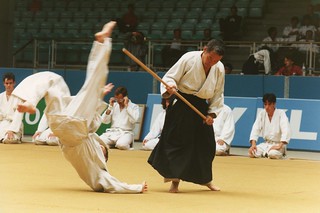 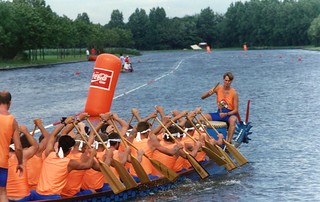 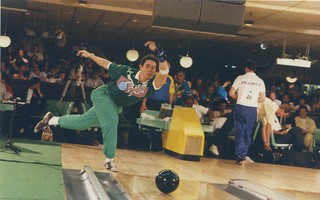 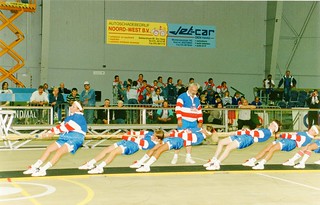 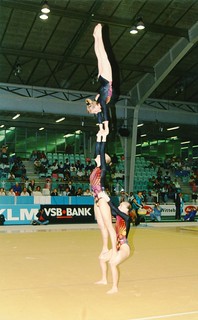 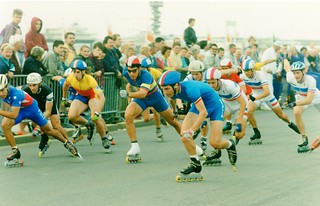