The first edition of The World Games took place from 24 July to 2 August 1981 – the première was in Santa Clara, California. 16 sports were on the programme, including women's Water Polo.

The new idea of a multi-sport event for sports that were not part of the Olympic programme was realised in Santa Clara. Thomas Keller, as President of GAISF, opened the games at Buck Shaw Stadium in the city. He read a greeting from the then US President Ronald Reagan. During the opening ceremony Kim Un-yong, President of The World Games Executive Committee, representing the 12 founding member federations, said:

Our theme is sport for the sake of sport, and a total disregard for where an athlete comes from.

This sentence expressed the then still special approach to the idea of a multi-sport event: The World Games put sport in the foreground and not the participating national teams. At the opening ceremony, the athletes marched in sorted by sport and not by nation.

The World Games 1981 were a test run for the concept established at the inaugural meeting of the International World Games Association (IWGA) on 21 May 1980. The first edition of The World Games was set up as a commercial project. Venues and staff were hired and the cost of the event was to be recovered through sponsor income and the sales of TV rights. In fact the event in Santa Clara was financially rescued by Patrick Nally, who had a successful career in sports marketing with the West Nally Group based in London, Great Britain.

For the participants, however, the event was a huge success; they experienced the ambience of a real multi-sport event like the Olympic Games. They were hosted in the campus of the Santa Clara University, where the athletes from all the sports had their meals together. As they were hosted for the full ten-day period of the event, they attended other competitions to cheer athletes and teams from their country. After the athletes had finished their own competitions, they celebrated in the evenings with medal winners of other sports in one of the student pubs near the campus.

However The World Games did not want to be acknowledged as a competitor to the Olympic movement; participation in The World Games should not reduce the chances of integration into the Olympic programme. This idea worked, as can be seen from the examples of Taekwondo, Water Polo (women), Trampoline and Badminton.

1600 athletes from 58 nations competed in 104 medal events for the first golds at The World Games. About 80,000 spectators came to the venues on ten competition days. Among the nations was China (four times gold in Badminton). The USA took first place in the medals table with a total of 99 medals, 39 of which were gold medals. South Korea took second place with a total of nine gold medals. A total of 13 sports venues, including a parking lot for speed skating, were used. The sports facilities were rented by the Executive Committee of the University and the city of Santa Clara.

The Buck Shaw stadium (now Stevens Stadium) was and is the home base of the Santa Clara University Broncos soccer team. It was first used for the opening ceremony, and the tug-of-war competitions were held here immediately afterwards. The first winners of gold medals at The World Games were the team from Great Britain in the 640 kilo class. The team was Joe Critchlow, John Critchlow, Ron Critchlow, Brian Jones, Roland Pearson, Eric Suton, Luan Torr and Mark Upton.

Santa Clara is not in the heart of Silicon Valley. And back in 1981 Silicon Valley did not yet have its current (2019) fame and prominence, as the computer industry was still in its infancy. 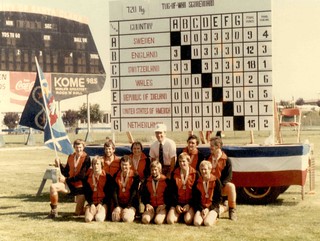 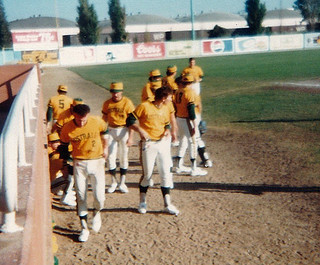 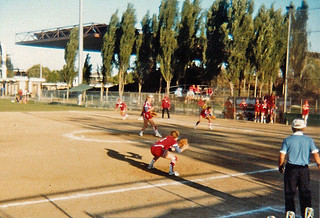 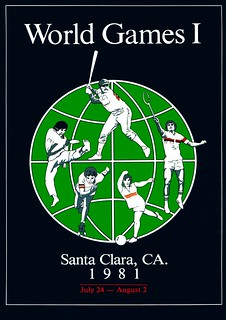 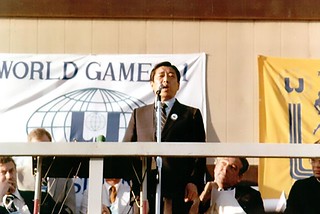 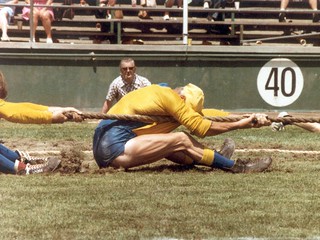 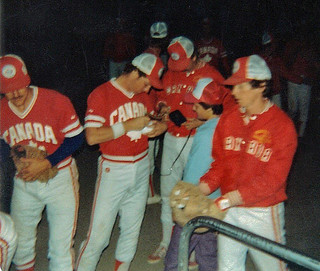 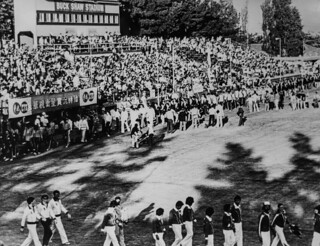 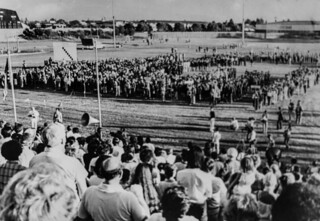 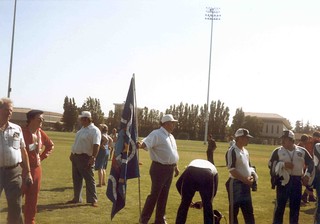 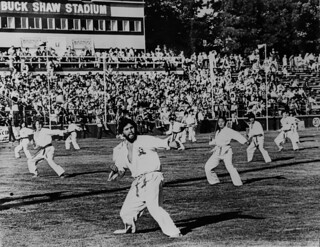