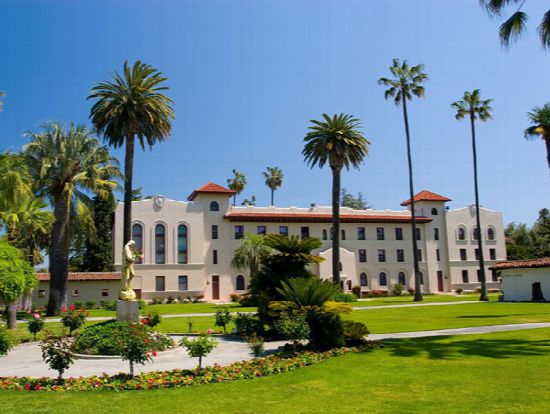 The World Games participants did not know what to expect from this new event. When they entered Santa Clara University, they felt like arriving in an “Olympic village”, as all sports were hosted together on the campus of the SCU. The meals in the dining hall of the campus were a great experience, as the participants met face-to-face with their fellow World Games competitors from other sports. The participants of World Games I were hosted for the full period of the event, so all participants were present at the Opening in the Buck Shaw Stadium. The games were opened by Mr. Thomas Keller, President of the General Association of International Sports Federations (GAISF) who read out the greetings of the President of the United States of America, Mr. Ronald Reagan. 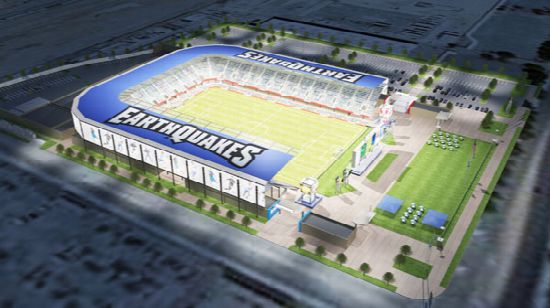 The competitors focused primarily on the matches with the top-class athletes of their own sport.  After the athletes finished their competitions, they visited the other sport venues, to cheer the performances of their fellow World Games competitors. The competitions in Santa Clara were excellent tournaments with sadly very few spectators, as the residents of the City of Santa Clara were totally unaware of the event; there had been no publicity whatsoever. 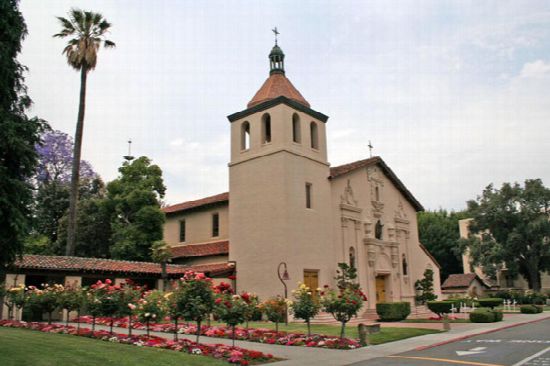 Like all other cities in the “New World”, Santa Clara is not very old compared to many cities in the “Old World”. It was around 1777, some 200 years before World Games 1, that Spanish missionaries figured that the valley between the Pacific coast and San Francisco Bay would be a good place to establish the Mission Santa Clara de Asis, which developed into the City of Santa Clara. 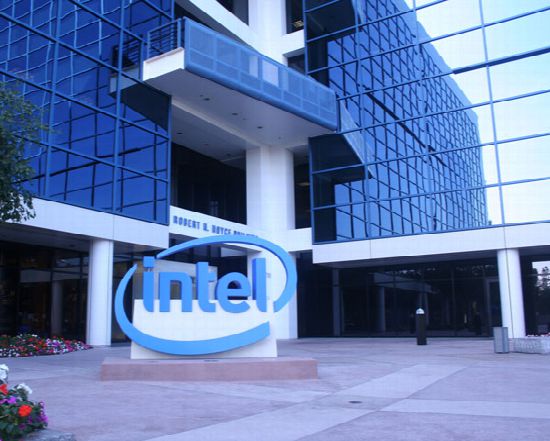 Two centuries later the same valley became Silicon Valley, centered on Santa Clara. In 1981, Silicon Valley did not yet have its current (2014) fame and prominence, as the computer industry was still in its infancy. World Games competitors at the time could not know that their current iPad or iPhone was to come from a place a few kilometers away from Santa Clara - that place is Cupertino, the Head­quarters of Apple.  Apple is not the only industry that, like the World Games, has its cradle in the Santa Clara valley;  Intel, Adobe, Cisco, Hewlett Packard, Oracle, Facebook, eBay, Google, Yahoo and Xerox (just to name few), all have their headquarters in the valley.

The main sport in Silicon Valley was and still is American Football. The Buck Shaw Stadium on the premises of the Santa Clara University is the home base of the San Jose Earthquakes and the San Francisco 49ers will play in the new Levi’s Stadium which is presently (2014) being constructed in Santa Clara, ready to host the Super Bowl in 2015. 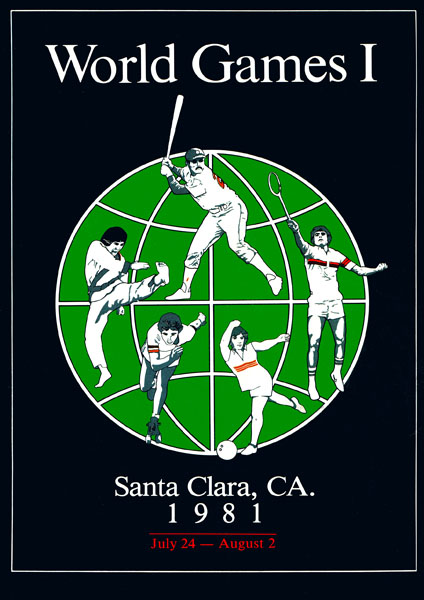 The various graphics of World Games 1981 demonstrate that the World Games were still in their development stage, as on some pu­blications pictograms are shown of sports that did not participate in the World Games, such as windsurfing and boxing. 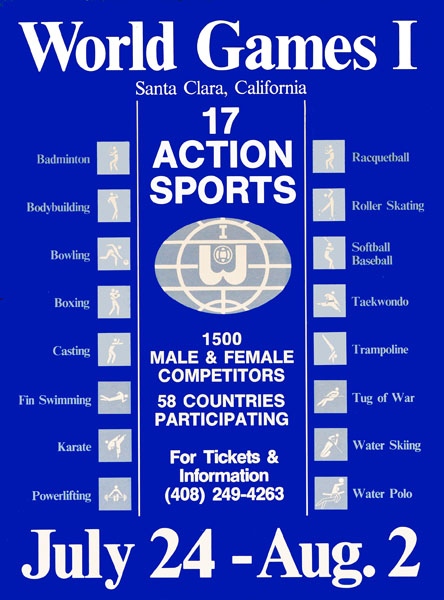 The medal for World Games 1981 was designed by a company in Switzerland. The graphic design of the medal is also used for other publications of the World Games 1981. The organizers understood that they needed graphics for use on brochures and communications to the international sports federations. They developed an event logo on the basis of the medal design (basically a flattened globe grid with the Word Games logo in the centre). 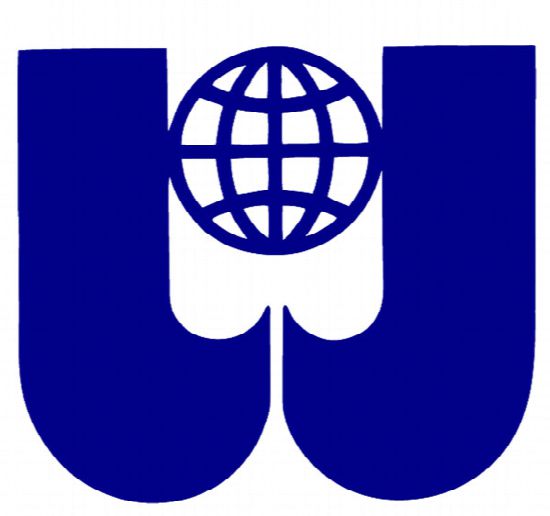 With the preparation for the event in Santa Clara, the World Games godfathers introduced a letterhead and a
logo for the World Games. The first letter of the name “World”, the W (double-u), became the characteristic
element of the World Games logo.
To visualize the world, a globe was placed in the centre of the double-u.