DanceSport found its second qualifier for The World Games 2021 for the discipline at the beginning of September. The 2019 WDSF World Championship in Latin was organised in Moscow, Russia.

Armen Tsaturyan & Svetlana Gudyno (RUS) have been winning one competition after another since the beginning of 2018, and the trend continued also in Moscow. In front of their home-town crowd, families and friends, they secured their second World Title. The couple has also won four European Championship titles. It looks like their tickets to Birmingham are soon secured!

WBSC Softball Americas Qualifier also recently concluded, and the best teams, Mexico and Canada, qualified for The World Games 2021. The qualifications continue in the other upcoming Regional Qualifiers. 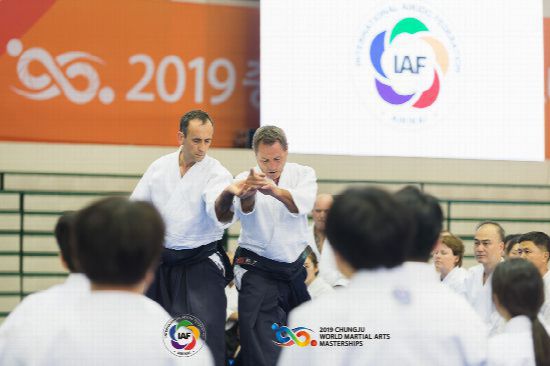 Aikido, which is not part of the programme of The World Games 2021, took part in the World Martial Arts Masterships in Korea. They held an Aikido seminar conducted by the IAF Ambassador, Shihan Christian Tissier 8 Dan, and a complex demonstration session. The Aikido team consisted of athletes from 16 countries.