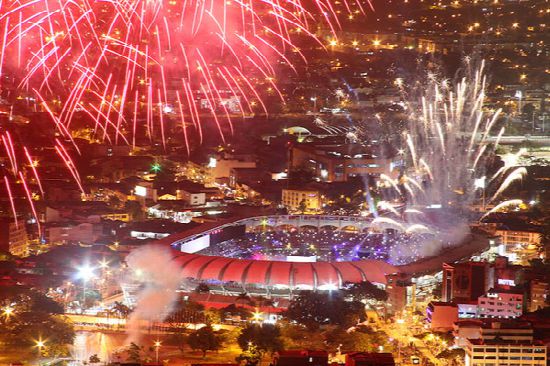 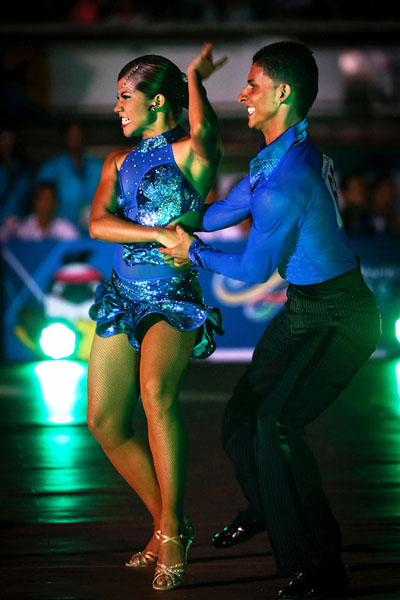 The Bid for World Games 2013 was won by Cali in Colombia, the first Host City on the South American continent. Mr. Jacques Rogge, President of the International Olympic Committee gave a welcome speech at the Opening Ceremony. Cali with its elevation of 1,000 meters has a climate with dry heat. Athletes anticipated well by drinking sufficient water to avoid dehydration. The evenings, in contrast to the daytime heat, were nice and cool.

The size of Cali is comparable with Kaohsiung, so some transport problems were to be expected. A number of competition venues were clustered in the centre of Cali. The central catering, located in the middle of this cluster of venues, was again a very much appreciated meeting place for the athletes and was well accessible, given the short distance to the venues. A number of outdoor competition venues were situated out of town, in the Cauca Valley. For those sports, the travel time from accommodation to the venues could be long at times.

All competitions had very big crowds of enthusiastic spectators, cheering for the performance of the athletes, even at sports which until than had been unknown to them. The salsa dance however is certainly not unknown in Cali, as this sport was born in Cali. The Bullfight Ring, the venue for dance sport, was absolutely packed during the finals of the salsa dance competition, which fortunately was during the evening hours, as the stands in the daytime (at many venues) were too hot for the spectators.

The participants of the World Games 2013 had great appreciation for the large crowds and the enthusiasm of the spectators, which gave their competition a real Latin-American ambience. 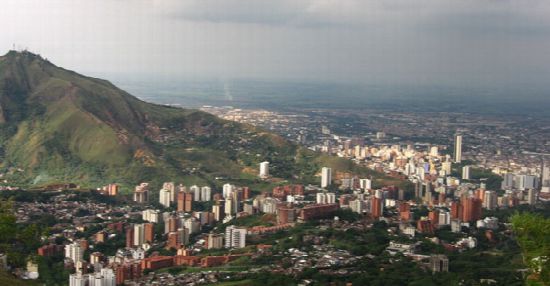 Santiago de Cali or "Cali", is the capital of the Valle del Cauca department in Colombia with 2.3 million residents. The city is the second largest city in Colombia and the only city with access to the Pacific coast, making it one of the fastest growing economies in Colombia. The city was founded in 1536 by the Spanish conquistador Sebastián de Belalcázar. Before the arrival of the Spaniards, the region was inhabited by many indigenous tribes. Nowadays, the population is a blend of original inhabitants and people of European and African origin..

Cali and Valle del Cauca is the third largest economic centre of Colombia. The city lies along the important north-south route to the border of Ecuador and is connected with the sea through the seaport of Buenaventura. At the start of the twentieth century, the city's economy was based on an agricultural model (sugar cane). Later the economy shifted from an agricultural model to a commercial model through the development of better infrastructure, such as construction of the railway to Buenaventura. Since 1940, Cali ceased to focus on trade and its economy concentrated on the development of industry.

Cali is the main sports centre of Colombia, being the only Colombian city to have hosted the Pan American Games (in 1971) and several other major international events in wrestling, cycling and athletics. Football is the most popular sport and Cali has professional teams using the Estadio Olímpico Pascual Guerrero. One of the sports on The World Games 2013 programme was Salsa Dance; Cali is also known as the "Capital de la Salsa" (music and dance). 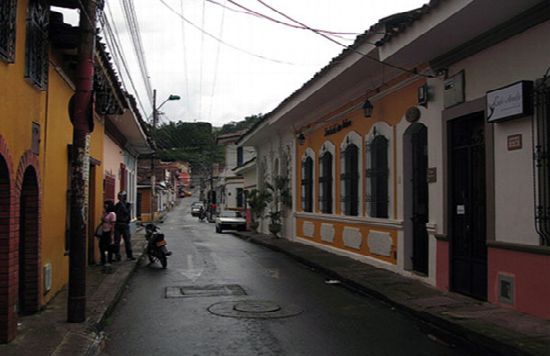 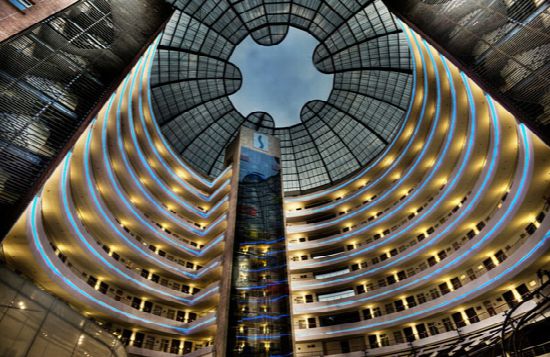 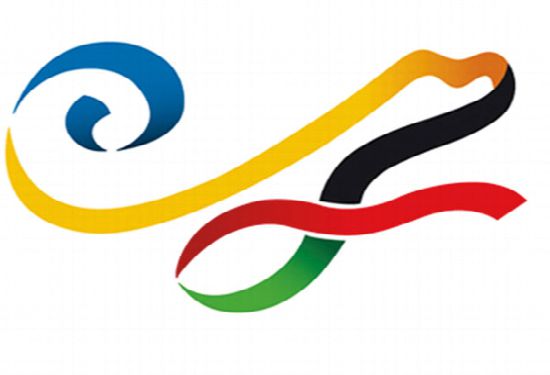 The continuity in the use of colours, as started in Duisburg, is also found in the curled ribbon of the Cali logo. From the start of the preparations in Cali, the Cali Organizing Committee introduced the slogan “Fair play to the planet”. Although it is not directly recognisable in the logo, there is a hint about the conservation of life on the planet, as the curled ribbon slightly resembles the shape of a jumping frog.

The Cali organizers produced a multiplicity of publications and communications; however an event poster was not published. This image here is an impression of how a poster for the event could have been designed, taking account of the motto “Fair play to the planet”. 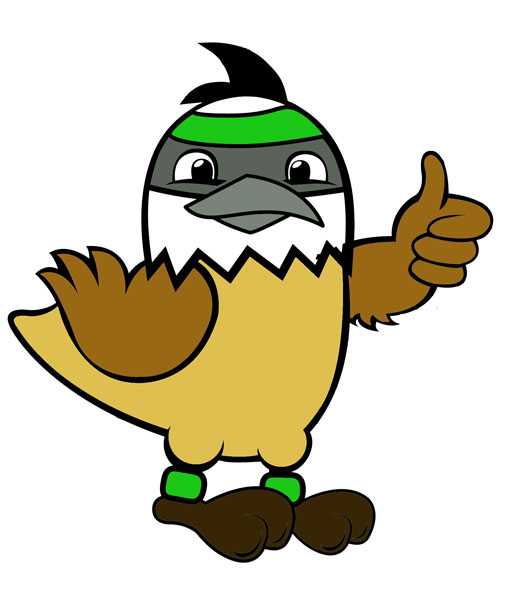 The mascot is a pretty creature with the name of Bichofué. It is not just a fantasy creation - it is a real bird. Its name is Pitangus sulphuratus or in plain English the Great Kiskadee. In Spanish its name is a different story, as almost every country in Latin America has a different name for the bird; in Colombia it is the Bichofué. It is nicely coloured yellow and brown with a dark eye mask and it hunts insects, so it is a fast flyer.

It is clear that most Host Cities like to involve the community in activities associated with the event by creating various festivities. Volunteers, who are mostly recruited amongst the younger people of the City, greatly enjoy these activities and parties. The Cali local organizing committee produced a special creative activity for the very young kids by publishing colouring pages of Bichofué on the website. The kids might have had some assistance from their parents to download the page from the website, but painting the picture was fun for them. 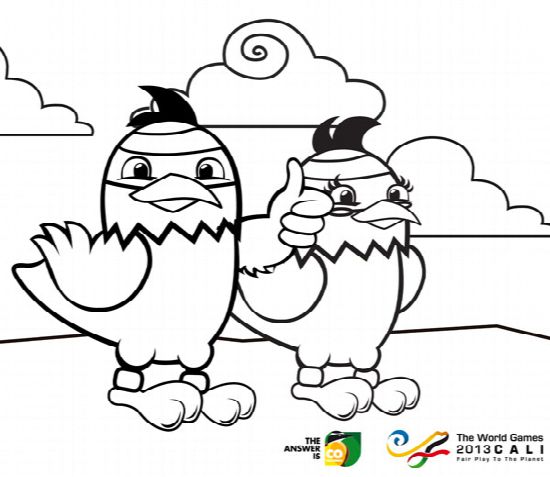 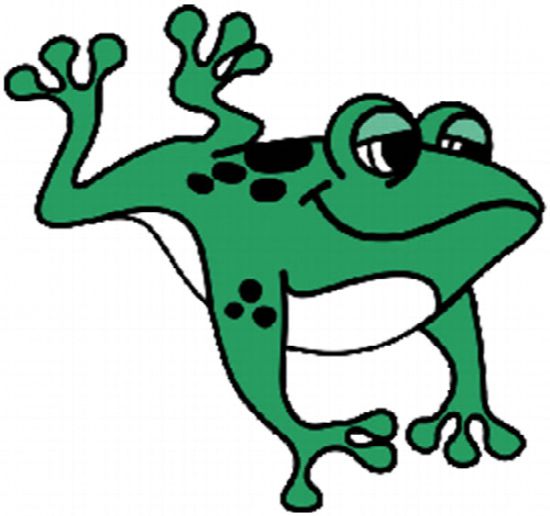 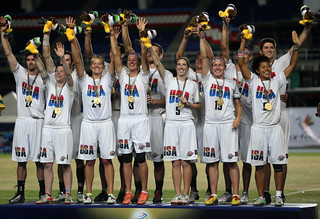 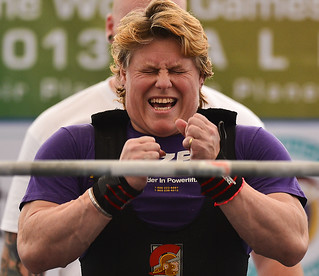 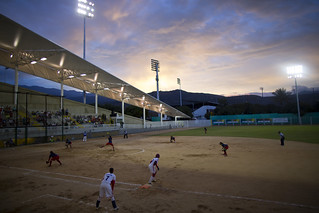 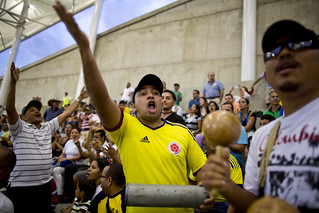 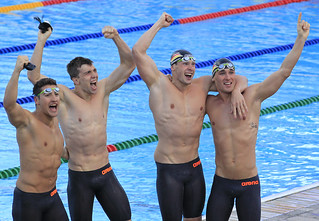 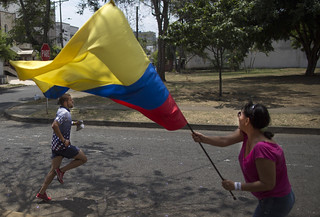 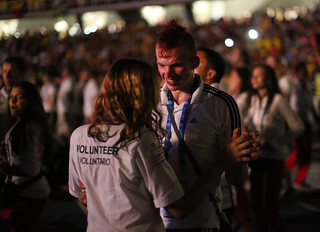 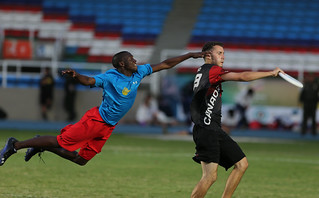 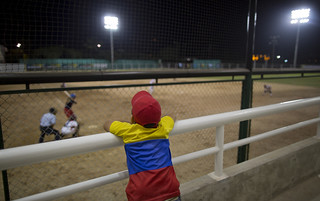 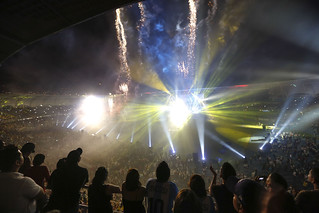 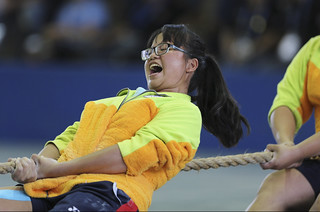