Athlete of the Month December 2015

Congratulations to Sebastian Kawa, IWGA Athlete of the Month for December 2015. The 43-year-old athlete from Poland Sebastian Kawa from Poland is THE glider pilot of today, if not of all time. During a thrilling competition above the desert sands, he eclipsed all his rivals to achieve a brilliant victory in the Gliding Match Racing at the FAI World Air Games Dubai 2015 in December. 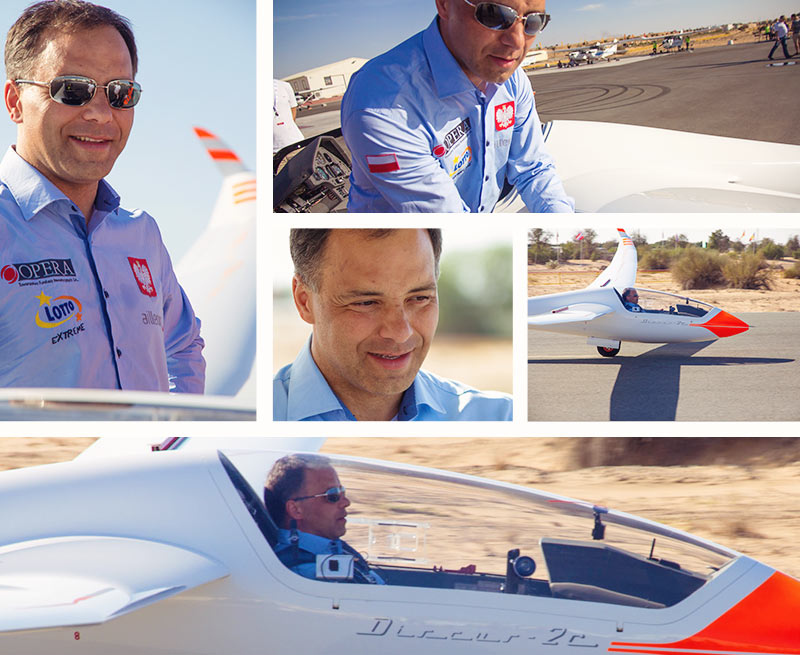 In this brand new gliding event designed especially for the Games, the competitors all flew identical aircraft so that success rested exclusively on overall gliding talent. Suiting Kawa perfectly, he used his tactical sense, outstanding piloting ability and choice of optimum route to outpace his rivals and secure first place.

“For me competition flying is always very exciting,” he commented after his victory. “I have been trying to improve and to do new things every day, and I think that was the key to winning this time.”
At 43 years old, his medal haul is impressive. He won his first in 1999, a bronze, but since 2003 has won gold at every single European and World Championships!

Kawa is a gliding legend and a source of inspiration not only for the air sports community but also for sports people throughout the world.

Find out more about Air Sports on the IWGA Channel.