Congratulations to Kang Chae Young, IWGA Athlete of the Month for May 2015. The Korean athlete won three gold medals on one day of competition at this year’s first Archery World Cup stage in Shanghai on the 10th of May. 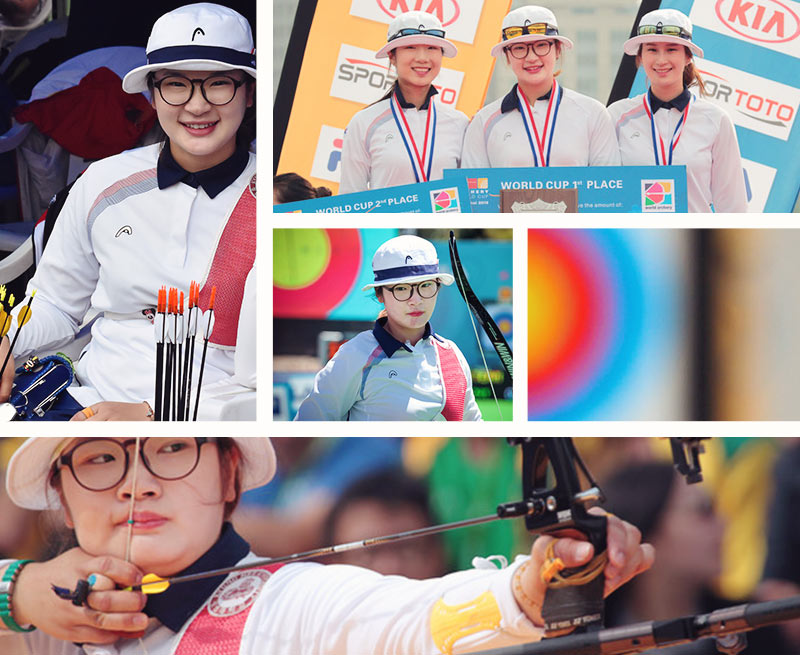 She was part of the South Korean trio (with Olympic Champion Ki Bo Bae and Choi Misun) that beat Germany 6-0 and won the women’s team title.

Two matches later, the 18-year-old athlete was back on the finals field and shooting with Kim Woojin for mixed team gold. The pair beat Japan’s Kaori Kawanaka and Takaharu Furukawa in a tense tiebreaker.

Finally, Chae Young sealed a gold-medal hat-trick with a 6-2 victory over her compatriot Choi Misun in the final of the recurve women’s individual event. Her comment after such a successful day: “I cannot believe it.”

By the way: Her nickname is “the Destroyer” and she will turn 19 on Monday.l.

Learn more about Archery on The World Games Channel.