Athlete of the Month April 2014

Congratulations to Sara Lopez, IWGA Athlete of the Month for April 2014. The Colombian athlete was ranked second in the Compound competition at Shanghai 2014, this year’s first Archery World Cup event. Sara Lopez was part of the Colombian Compound team which won the bronze medal in The World Games in Cali last year. 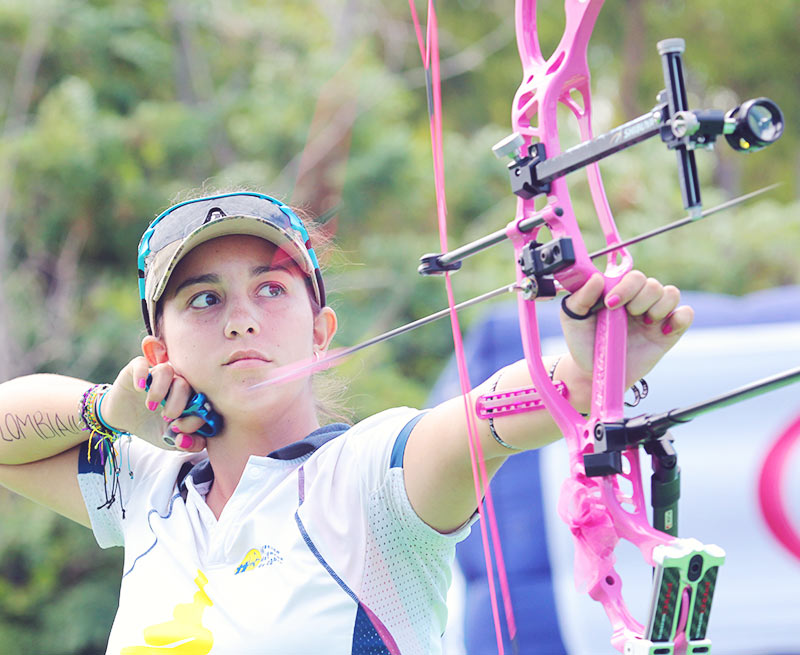 Although losing the final against Choi Bomin (Korea) Sara Lopez, the world record holder over the 15 arrows match, had a great time in Shanghai. She shot a clean 150 in her semifinal match one day previously. Moreover, she turned 19 on that day. After her perfect score she said: “It think today was my best birthday ever.

About her career and the performances of her teammates she added: “We are just beginners. We have only been shooting for five or six years. It is amazing how we became some of the best archers in the world. It is like a dream come true” Right now she is looking forward to the next stage of the World Cups events. In May, she will compete in Medellin /Colombia and striving for Gold. “My family is coming to Medellin. I’ve always had a great time in my favorite Colombian city,” Sara Lopez said.