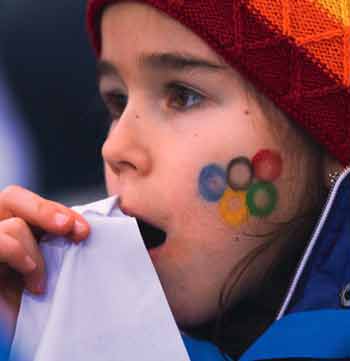 IWGA President and IOC Member José Perurena was very pleased about what the decision meant for The World Games. He received congratulations from several of his IOC colleagues and International Federations after adoption of the recommendation. 6. “This decision enhances tremendously the status of The World Games. Working in cooperation with the IOC is essential for us to raise the level of competition and organization of our Games,” said José Perurena.

He also clarified that close cooperation with the IOC required outstanding standards for The World Games 2017 in Poland.: “We want to demonstrate that our sports are on the same level as the Olympic sports,” José Perurena added, “and we aim to deliver superb Games.

At the same session, the IOC adopted the recommendation to launch an Olympic TV Channel. Yiannis Exarchos, Olympic Broadcasting Services’ CEO, informed the members of the IOC that this channel will showcase not only Olympic sports. The new platform will also open a window on non-Olympic sports. To achieve this, Olympic Broadcasting Services plans to cooperate with the IWGA , complementing coverage of these sports on  The World Games Channel, launched by IWGA in May 2014.

The World Games are a quadrennial and multidisciplinary sports event, which showcase 35+ sports, such as Gymnastics, Squash, Tug of War, Sumo and Roller Sports. The next edition will be held in Wroclaw, Poland, in 2017. About 4,500 athletes and officials from approximately 100 countries take part in The World Games.

Read the full details of the resolutions adopted by the IOC.