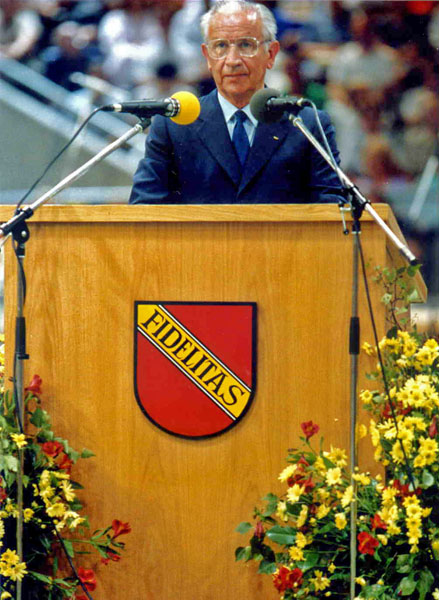 In most of the member federations of the IWGA, the World Games had become the top event on their sports calendar and participants were motivated to qualify for the World Games 1989. When they arrived in the City of Karlsruhe, they noticed that the city and its residents were well prepared for the event.

The publicity for the World Games in Karlsruhe was great, and the citizens were well informed about the event. The dimensions of the city are such that the venues were much closer together than in London and many venues were used by more than one sport discipline.

The Opening Ceremony took place in the fully packed Europahalle with 6000 enthusiastic supporters and competitors. The

World Games were officially opened by Mr. Juan Antonio Samaranch, President of the International Olympic Committee, who expressed the wish of the IOC to support the status of the World Games with the patronage of the IOC.

The participants were very much aware that Karlsruhe was the Host City of the World Games 1989. The City Council and its Organizing Committee had ensured that World Games competitors felt welcome in Karlsruhe. For the residents of Karlsruhe, the World Games was a great event with associated entertainment; the very good weather conditions helped to make it a huge festival in the city. 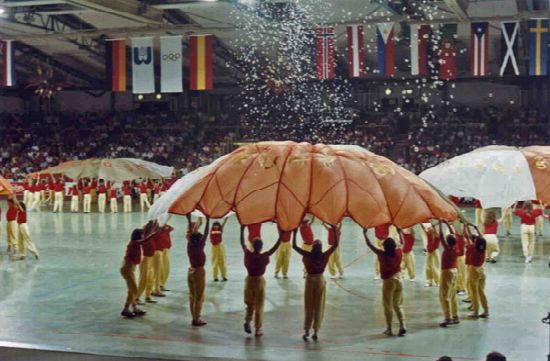 The competition level was again absolutely top-class. The archer Jay Barrs would certainly agree to that, after winning the Olympic Gold medal in Archery in Seoul in 1988, he now won the World Games Silver medal in Field Archery on the Turmberg in Karlsruhe.

The publicity for media was well organized. The television covered all sports, and programs were broadcast in many countries, so the World Games competitors felt very much respected and left Karlsruhe enormously impressed by the quality of the German organisation. The participants who could attend the great closing ceremony were even more impressed by the quality and creativity of the organisation.

Karlsruhe is a city in the state of Baden-Württemberg in south-west Germany, near the French border. The city was founded in 1715 by Charles William, Margrave (Count) of Baden-Durlach and named after its founder: “Charles’ repose” (Carlsruhe). It has a population of 300.000. The most monumental building in the city is the “Karlsruher Schloss” (Palace) built by the founder of the city in 1715. Karlsruhe is now the seat of two of the highest courts in Germany: the Federal Constitutional Court and the Federal Court of Justice. It has been speculated that Karlsruhe was model for Washington, D.C., as both cities have a centre from which the streets radiate outward.

Karlsruhe is situated on the River Rhine and has Germany's largest oil refinery on the west side of the city, directly by the river. The University of Karlsruhe has been very active in research for internet technology; in 1989 at the time of the World Games this technology was not yet developed for public use. Since then, the university’s research activities have been the trigger to promote high-tech industries in Karlsruhe. Today, about 20 percent of the region's jobs are in research and development. 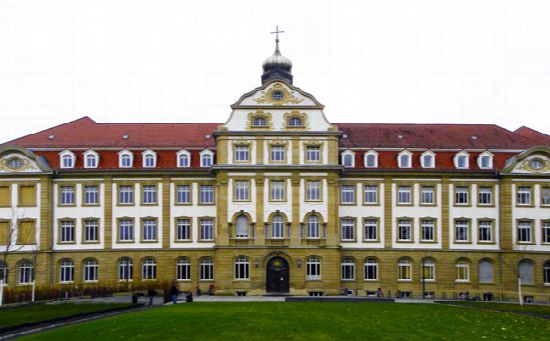 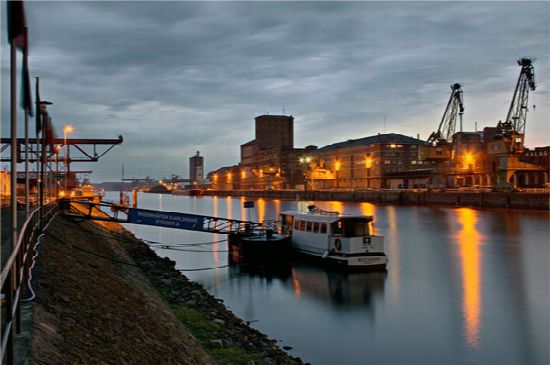 The event logo of Karlsruhe uses the World Games logo as a centrepiece, topped by the title of the event. The predominant part of the logo, however, is formed by three straight coloured stripes; the red and yellow of the city colours of Karlsruhe, supplemented with the third stripe in the blue World Games colour. The event logo was used in many publications. However, the Karlsruhe organizing committee missed the concept of consistency. They created several posters where the event logo was not shown.

The Karlsruhe OC also invited professional artists to produce images for the World Games. The German artist Hans Borchert started his career as a sports reporter and journalist. As an artist, he specialized in sports graphics. His artistic poster was one of the best posters ever produced for the World Games.

The Organizing Committee of Karlsruhe was the first to introduce a mascot for the event. Based on the fan-shaped structure of Karlsruhe, where avenues radiate out like sun rays from the centre of the “Karlsruher Schloss”, they chose the peacock. The peacock mascot has a fan-shaped tail and wears the city motto “Fidelitas”, which means “loyalty”. 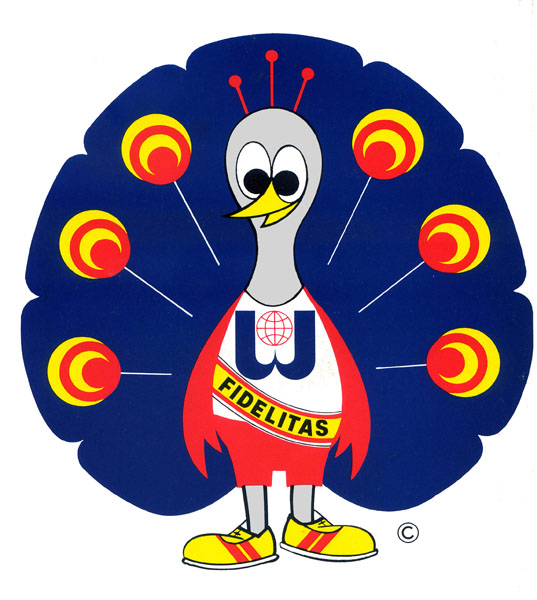 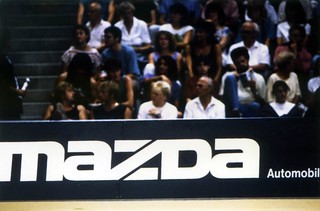 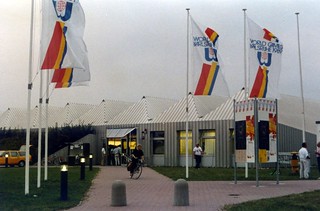 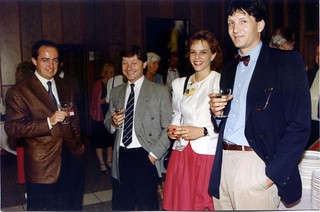 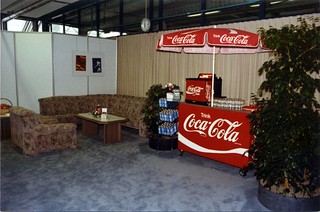 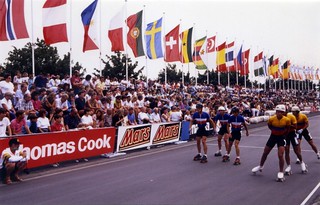 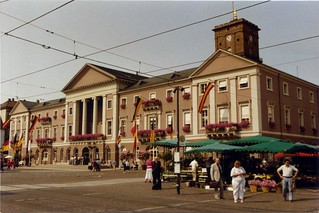 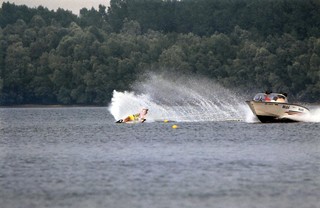 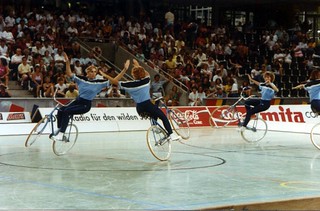 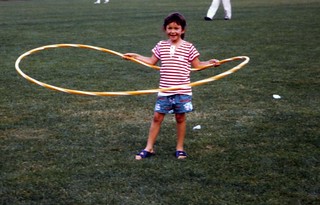 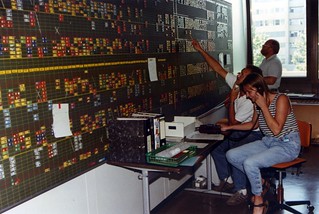 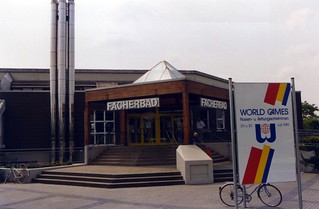 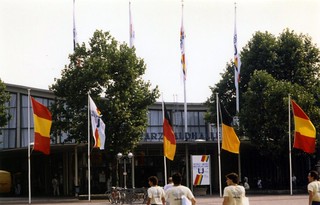