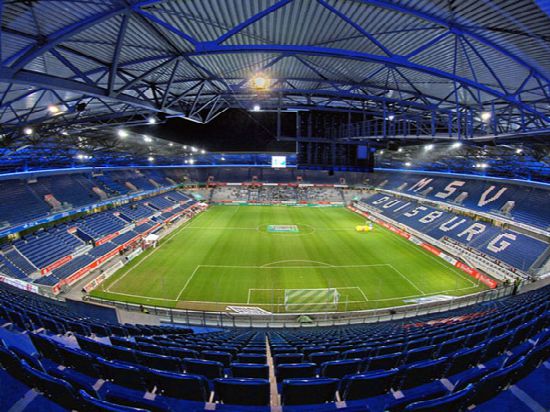 The 7th edition of The World Games took place from 14 to 24 July 2005 in Duisburg, Germany. This industrial city in the west of Germany with 500,000 inhabitants organised the Games together with its partner cities Bottrop, Mülheim an der Ruhr and Oberhausen.

As in Akita in 2001, Russia took first place in the medals table. In Duisburg the top-ranked team collected 27 gold medals, 19 silver medals and eleven bronze medals. In second place was the host nation Germany (19/18/20) ahead of Italy (13/9/13). Once again the assumed home advantage was confirmed.

The German team had achieved a better result only at the Games in Karlsruhe in 1989 (also a German city). The most successful athletes were Olga Krapanova (Russia, Acrobatic Gymnastics) and Jana Maisel (Germany, Casting). With a total of 76 World Champion titles, Jana Maisel has achieved an entry in the Guinness Book of Records.

Canoe Polo made its debut at The World Games. Inline Hockey replaced Roller Hockey. Sumo, in Akita, Japan in 2001 as an invitational sport for the first time, premièred in the official programme. Casting, on the other hand, was (up to now) on the programme for the final time. Beach Handball was again represented in the invitational sports. Since 2013 (Cali, Colombia) Beach Handball has been in the official programme. In 2005 Indoor Hockey was represented for the first and so far only time as an invitational sport, as well as Indoor Trial, a motor sport, and Nine Pin Bowling, a very popular sport especially in Germany.

The opening and closing ceremonies along with the ten days of competition were attended by a total of 205,000 spectators. A total of 500,000 visitors came to the Plaza, the cultural festival accompanying The World Games. The Opening Ceremony took place on 14 July in the sold-out MSV Arena. For the first time, the athletes entered the arena grouped by nation; previously the march-in was grouped by sport. The Opening was performed by Federal Interior Minister Otto Schily (SPD).

A total of 23 competition venues were used. These included the facilities of a former iron foundry and a music theatre. Another special feature was that Duisburg was able to use its Sportpark as a central event location. Nine competition venues were thus located within a radius of one kilometre. The Plaza and the stadium with the opening and closing ceremonies were also located here. Another central event location was the Landschaftspark Nord, the former iron foundry, used as the venue for a total of four sports.

Duisburg set new standards: first, the complete results service and accreditation were managed by Wige Data, later merged with Swiss Timing. As host broadcaster, Wige TV produced all sports from the semi-finals onwards. Wige TV also took over the marketing of the TV rights, with live broadcasts in Russia and China and a daily highlights show covering the competitions every day. The regional television station WDR broadcast the Opening Ceremony live. Almost 1,000 media representatives were accredited for the competitions.

The World Games 2005 set further standards in terms of the preparation and the branding of the venues. The agency Von Mannstein had created a holistic design and CI concept that was used uniformly at all competition venues. The subsequent organiser Kaohsiung (Chinese Taipei) used a variation of this design for its Games. For the first time the International Federation of Sports Chiropractic (FICS) provided care off the field. They prepared athletes to enable them to perform at their best. Since 2005 FICS has been a partner of the IWGA at each event.

As a mascot, the organisers presented a fantasy figure in the design of the 2005 Games. The name Allwin was a play on words with reference to the German first name Alwin and the English phrase "All win".

Legacy of the event

Regarding the legacy of the Games: The final agreement to build a new stadium in Duisburg was made possible by The World Games. The specially-built skating rink is still open to the public. The German Olympic Sports Confederation subsequently decided to make the promotion of non-Olympic sports dependent on results at The World Games. 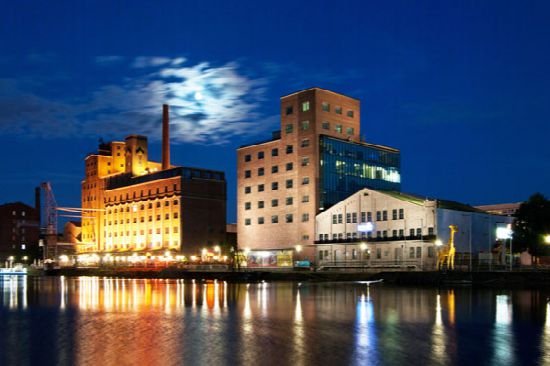 Duisburg is a city in the state of North Rhine-Westphalia in Germany. With one of the world's biggest inland harbours and good railway, road and air transport (Düsseldorf Airport), Duisburg is currently one of the biggest logistic centres in Germany. The oldest places of the city dates back to the first century. The city was located along an important medieval trade route at a crossing on the River Rhine. Due to the town's favourable geographical position, Duisburg became a member of the Hanseatic League.

The industrial revolution in the 18th century made Duisburg an industrial centre. Big industrial companies such as iron and steel producing firms (Thyssen and Krupp) influenced the development of the city. Simultaneously with the closure of the coalmines, the “heavy” industry in the Ruhr area ceased to exist. From productive industry, Duisburg had to change its major economic element to transport and it is currently a major logistic centre in Germany. However, the König Brewery which was founded in 1858 still exists and produces the König “Pilsener”. It was also one of the major sponsors of the World Games 2005.

Sport is a vital element in Duisburg society. There are many kinds of sports clubs in the city. The most important sport in Duisburg, as in many German cities, is football (soccer). The city’s major football club is MSV Duisburg. The renewed MSV Arena was used for the Opening and Closing Ceremony of the World Games 2005 in Duisburg. In 1987 the city had organized another major international multi-sport event, the Universiade, the main event for university athletes. The Regattabahn in the Wedau sport area is a venue for many international rowing and canoeing competitions. 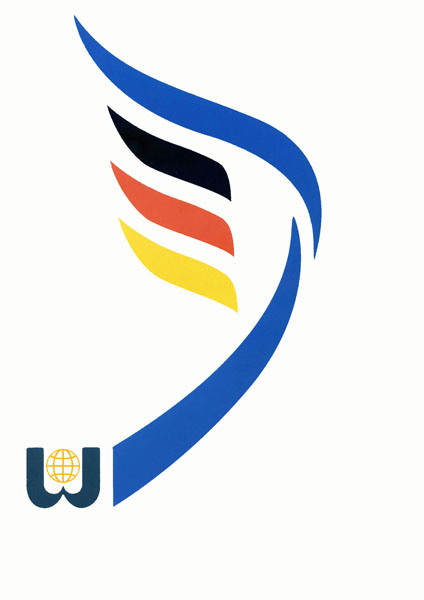 The elegant event logo of the Duisburg World Games resembles the curves in the river Rhine near Duisburg. The flowing curves of river are supplemented with the World Games logo and the colours of the national flag.

The organizing committee of Duisburg invited von Mannstein, a marketing and design company, to create an all-embracing concept for the publicity campaign. The two main elements of the design were the overlaying winding colour shapes and the name “faszinationen”, a clever contraction of the German names for ‘fascinate’ and ‘nations’. Duisburg used the graphic design in the overall campaign which also included the slogan “Germany can do it, Duisburg shows it”.

The mascot of Duisburg was given the name Allwin, like the German boy’s name Alwin, but through the slight change in spelling it was also the slogan for the games, indicating that “all win” in this event.  The design of the event logo, as well as the colour design of Professor Coordt von Mannstein is used in the mascot of Duisburg. The efforts of the von Mannstein company are clearly visible in all publications of the Duisburg Organizing Committee. The various visual identifications used at the Duisburg event were very well received by the media and the public.