Team of the Month October 2014

Athletes of the Month: Nino Langella and Khrystyna Moshenska (Ita)

Congratulations to Nino Langella and Khrystyna Moshenska, IWGA Athletes of the Month for October 2014. 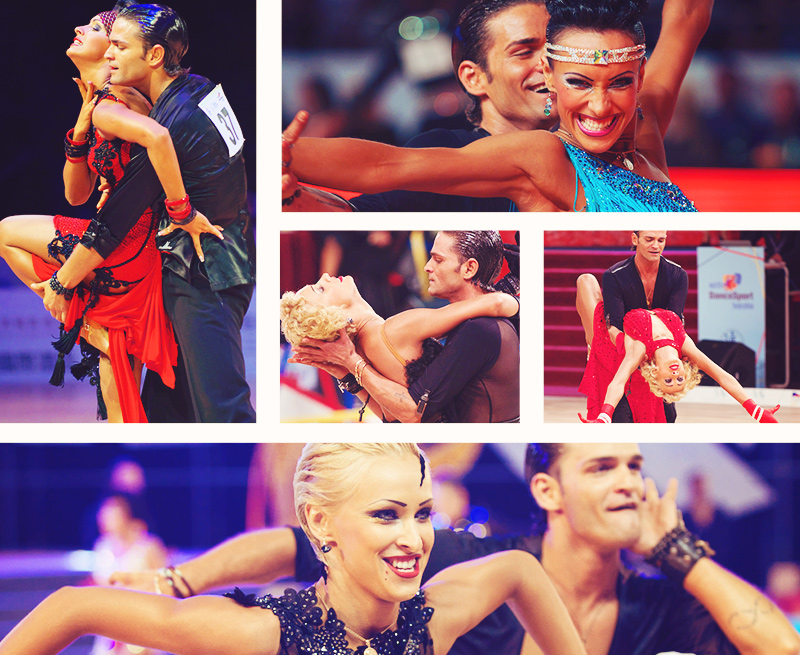 After their successful competetion, Nino and Khrystyna surprised the international DanceSport community by announcing that they would dissolve their partnership and pursue their careers independently, each with a new partner.

In a way, winning the title in Ostrava closed a circle. The couple achieved their first top-tier finish by coming in third at the 2010 European Latin Dance Championship in Ostrava. From there they went on a four-year conquest that led them to three consecutive World, two European and two GrandSlam Champion titles, and to a winning streak that extended over 18 months and 20 international competitions.

Nino Langella and Khrystyna Moshenska started dancing together in January 2010. He came off two consecutive partnerships that were deemed very successful by international standards. She, at the age of only 20, was considered an exceptional prospect for top places – but without having attained one at the time! Both were young and looking for something big to happen in their promising careers.

The rest was good matchmaking by their coaches and the talent scouts. Nino was the Latin dancer that made it all look incredibly easy; Khrystyna was the perfect counterpart that made an excellent dancer look even better on the floor. Training at a renowned performance centre near Bologna, they continued the tradition of  Italian standout couples in the Latin dances.

Learn more about DanceSport on The World Games Channel.