Wroclaw: We will be ready for sure!

Delegates from Wroclaw, host city of the 10th edition of The World Games 2017 in Poland, presented their goals and challenges during the IWGA press conference on Saturday. Wroclaw will stage the multisport event from August 3rd until the 17th. August 2017. Wroclaw, a city with 700.000 residents, is located on the western part of Poland. 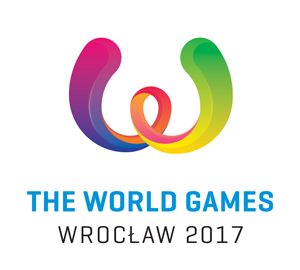 Mayor Rafal Dutkiewicz and the President of the Local Organizing Committee, Piotr Przygonsky, as well as General Manager Hanna Domagala said they were very impressed with the organization and the enthusiasm of the people during The World Games in Cali. Mayor Dutkiewiecz announced that the marketing for the 2017 Games will start right after the curtain comes down in Cali and regarding the financial and infrastructure topics they said they have achieved 50% already. He stated: “We will be ready in four years for sure.” IWGA President Ron Froehlich said that, as a city of sports, Wroclaw will deliver great games and will meet the challenge of organizing a multisport event with more than 4000 participants.

For the official, the most difficult thing will be to compete with the response people have had in Cali: “Our biggest challenge will be to achieve the same atmosphere. The spectators in Colombia have been beautiful and I want to congratulate you for this. It will be very hard for us to have a similar result considering what we have seen from the people here”, Mayor Dutkiewicz emphasized.

For the Mayor of Wroclaw there are three main aspects about the relevance of being the host for 2017: “After being one of the hosts of the European Soccer Championship in 2012, we want to demonstrate that we can execute another event of the same magnitude or even bigger. Second of all, big events make cities grow and you have witnessed this yourselves. Finally, there is something about the freshness of this event, the way people embrace it and the way athletes compete in it. This is all very interesting for me”, he concluded.