The final attended by IWGA board members Lukas Hinder and Volker Bernardi as well as IWGA CEO Joachim Gossow, GAISF Vice President Stephan Fox, GAISF Director Philippe Gueisbuhler, Andrew Hofer from the IOC Sports Department and AIMS Secretary General Gerd Zimmermann was a demonstration of strength: With a 4-0 victory (11:4, 11:4, 11:9, 11:5) against Austria, the German Fistball team in Winterthur (Switzerland) won the world championship title. With an impressive performance in all positions, the defending champion in front of 5,819 spectators in the Schützenwiese stadium did not give the challenger from the neighboring country the slightest chance and celebrated the third world title in a row after less than 50 minutes of playing time.

According to the first available figures, the IFA 2019 Fistball Men's World Championship had an incredible total reach of over 83.4 million people in print, TV and social media. In print 8.9 million were recorded yesterday, 28.7 million in TV and 32.3 million in social media, among others ARD, ZDF, ORF, SRF, RAI, NDR, n-tv, FOCUS Online, Deutschlandfunk and many more. In the print sector, Germany accounted for the largest share with 8.96 million reach, followed by Austria with 6.16 million and Switzerland with 3.20 million. Additional articles with a total reach of 3.93 million were published in New Zealand, Brazil, Namibia, China, Italy, USA, England and the Netherlands.

Jörn Verleger from Munich, Germany was elected the sixth president in the history of the International Fistball Association (IFA). The 47-year-old sports manager succeeds Karl Weiss (Austria). Karl Weiss did not run for re-election after serving eight years as president of the Association. Weiss, who has led the IFA from 27 member nations to 61 national associations in the last eight years, has been elected Honorary President by the Congress. Vice Presidents elected Giana Hexsel (Brazil), Vikki Buston (New Zealand) and Steve Schmutzler (Germany). 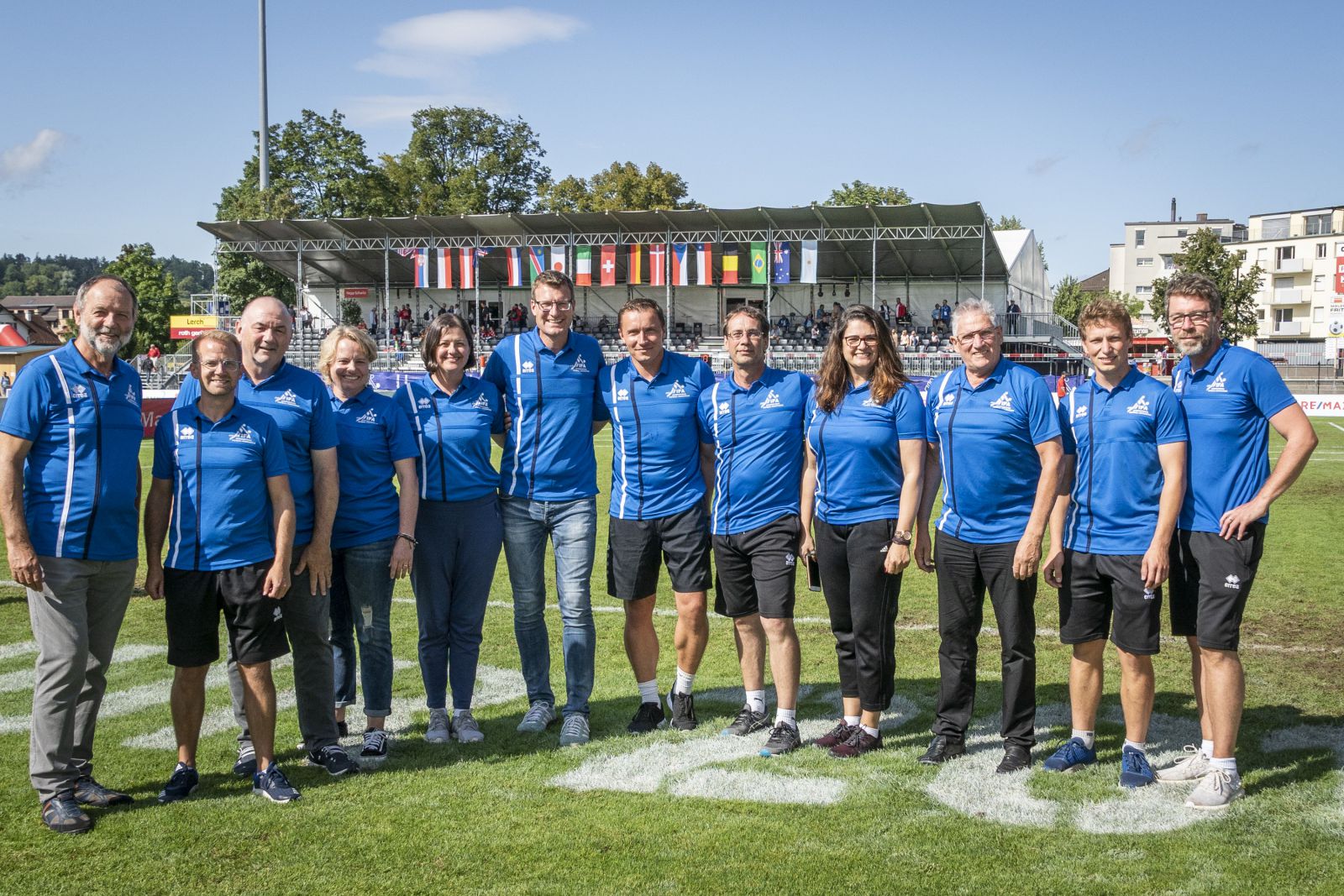 At the IFA 2019 Congress the next Men's Fistball World Championship 2023 was awarded. The choice fell on a joint application of the German Fistball League, the Rhine-Neckar Metropol-Region with the city of Mannheim and the fistball club TV Käfertal. The preliminary round takes place at the Rhein-Neckar Stadium Mannheim and offers a stadium with 5,000 seats. As a highlight the final round will be played in the modern SAP Arena, the home of the Rhein-Neckar Löwen (handball) and the Adler Mannheim (ice hockey). The indoor arena for 12,000 spectators will be the first international fistball event to be played on natural grass indoors. “We expect a sold out venue and a big step up in terms of presentation of the sport and the media production for Fistball”, explains Jörn Verleger.