Joint meeting – on the road to Birmingham

Working on the road map to Birmingham together: the staff of the IWGA met with the local organising committee (BOC) of the host for The World Games 2021 (July 15-25) in Birmingham, Alabama in June. The teams were led by IWGA CEO Joachim Gossow and DJ Mackovets, CEO of the BOC. Ron Froehlich, IWGA Honorary Life President, also attended the meetings at the BOC office.

During the two-day meeting, the various working groups discussed many important topics in preparation for the multi-sport event, which will attract 3,600 athletes from 100 countries. A total of 30 sports are on the official programme. Three invitational sports - including Wheelchair Rugby as a first para sport - are also part of the ten days of competition.

Topics discussed during the second Working Meeting included media relations, transport, catering and accommodation. Another topic was the new Sports Garden, which should give fans and citizens the opportunity to try out The World Games sports and the sports of the IWGA family themselves.

"It was important for us to review all the topics and formulate the upcoming tasks. Together, we not only defined the responsibilities for different tasks, but also set time-lines. Within the two days we succeeded in drawing an updated road map to the 2021 Games. In addition, the meeting served for everyone to get to know each other better. Our people and the employees of the BOC regularly exchange information via Skype or telephone. Nevertheless, discussing some topics personally at the table is a decisive factor for success.”

A visit to a minor-league Baseball match between the Birmingham Barons and Jackson Generals also fitted in well with the topic of team building. Even though the Barons lost the match, the ball game was a clear win for future cooperation.

During the visit of the IWGA delegation the meeting of the Board of Directors, led by the Chair of The World Games 2021 Foundations, Jonathan Porter, also took place. This was a status update for the stake-holder of the event. IWGA CEO Joachim Gossow took the opportunity to address the Board and present the upcoming challenges from the IWGA’s angle. 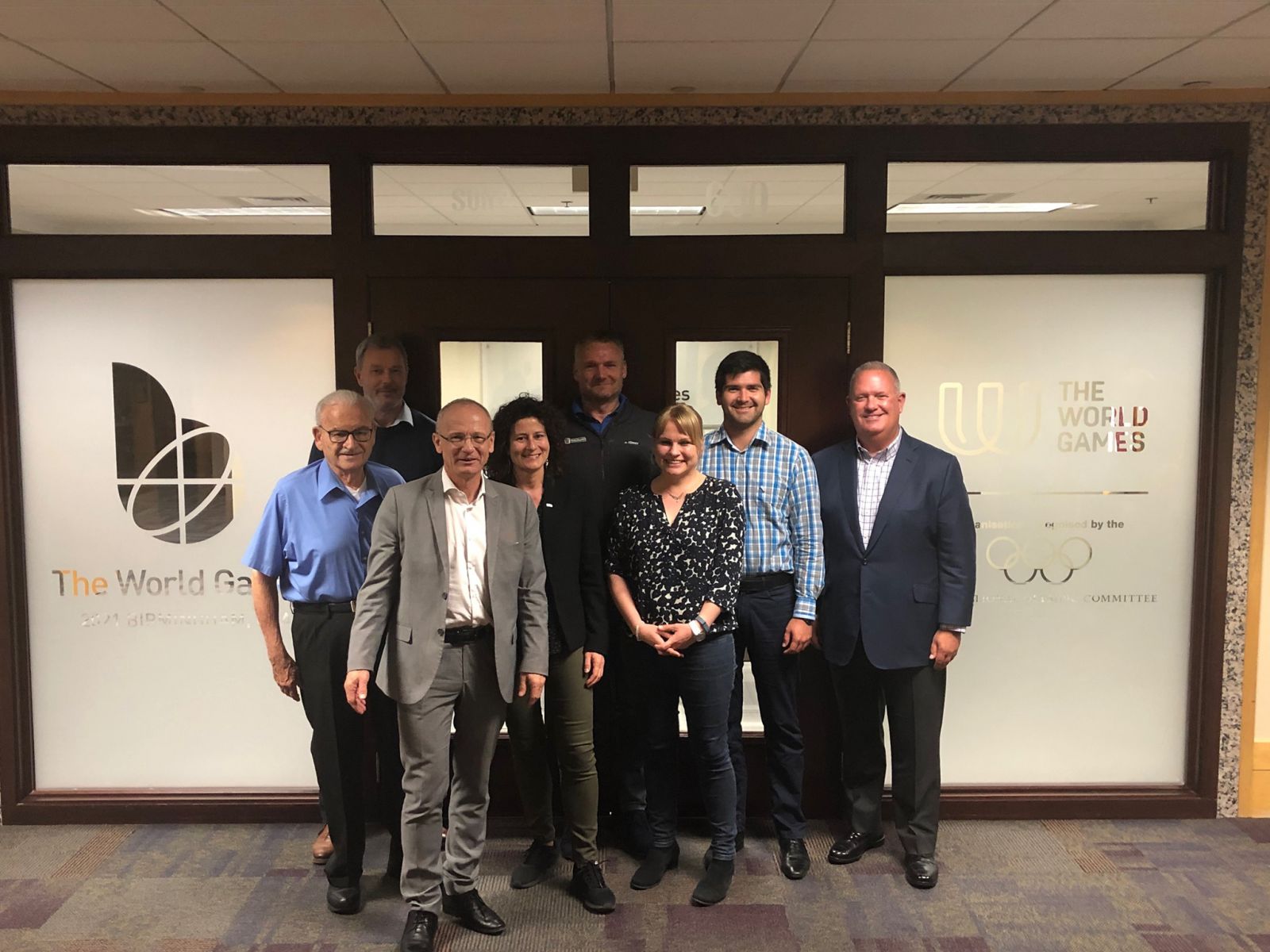 For the IWGA the meeting was attended by Chantal Boehi, General Manager; Sebastian Garvens (formerly Riediger), Head of IF and Games Services; Anna Jacobson, Communication Officer; Hagen Bossdorf, TV and Marketing Coordinator and Hermann Kewitz, Media Consultant. The BOC was represented by Steve Mistrot, Vice-President Sport; Jay B. Hall, Vice-President Games-Services as well as the BOC Intern Anna Kilarski. In addition, the representatives of the various service partners with whom the BOC cooperates presented the current situation in their respective areas.